I recently watched a video by Will Terry about his Draw 50 Things challenge.  (Watch the video here). Now, I’ll admit, it sounded like a great challenge that I might try, eventually, but I made no immediate plans to give it a real go.

Then, the other day, it happened. I was drawing an image and decided to make a background instead of leaving the walls and room blank, and before I knew it, I was searching my brain for 50 unique items that I could add.

In the end, I didn’t quite follow all he rules. For instance, duplicate items are only supposed to count as one, so all of those book bindings don’t count individually, but as I added things to the shelves and the walls, I was afraid of making it too cluttered.

Still, I drew more in one image than ever before. This challenge really had me thinking about placement and variety, and above all else I’d like to take that with me for future art making.

So, without further adieu, here’s the image: 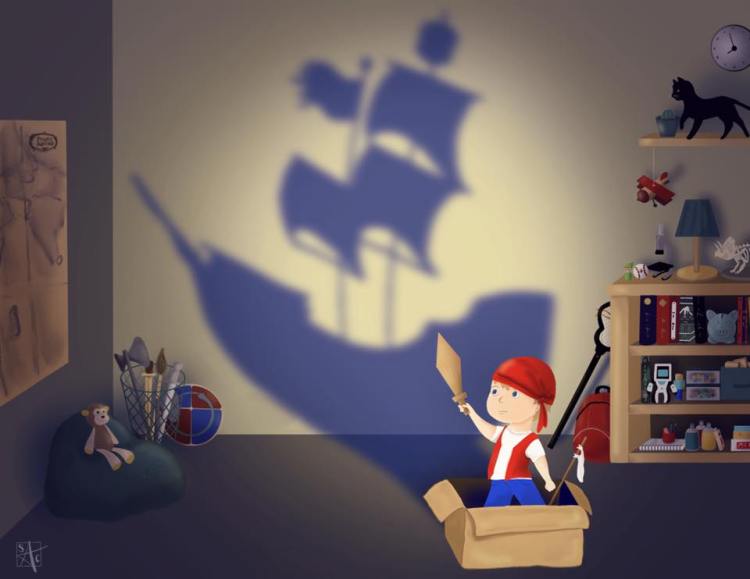 Parents- how many times have they opened something, just to play with the cardboard box more than anything else? Comment below if this has happened to you!

*Image made on my Ipad Pro with an Apple Pencil, on the app Procreate.